We were out this weekend with some pals of ours and the guy had brought his Graham GMT Oversize Chronofighter along to show me. So I had to give it a go on my wrist as you do. This is a seriously big watch, which oozes testosterone with every design cue, from the oversized GMT hand to the oversized GMT lettering, to the bold black and red bezel and a trigger which wouldn’t look out of place over the push button of an atomic bomb in a Bond Movie. I guess the clue to the watches intentions is right in front of you on the watch face with the word “OVERSIZE”. The case is 47mm in diameter and yet even on my small wrist it wears well. One reason is that the huge trigger system wears up your wrist so it doesn’t dig in your hand when you flex it on your wrist in the way that the crown does on a few of my own larger watches. In fact this watch was very comfortable on my wrist and the strap fitted perfectly, even on my tiny wrist. My pal’s watch came on a rubber strap and I am a big fan of these, they are very comfortable for me and in this case it  reinforces the more casual and rugged look of the watch. I liked this watch a lot in fact. To be honest previously, I had only really seen them on the internet and had not taken much notice of them, dismissing them as just too big for me, but on testing, this is a watch I would love to have. I would wear it a lot and would enjoy it being on the wrist without doubt. Sadly the truth was I tried everything to wrestle this beauty out of my mate’s hands but the bottom line was he could just drink more than me! In fact I was so smitten with this watch, I ended up walking out of the restaurant and leaving my phone behind! Luckily it was safe when I went back for it, but it demonstrates the extent to which I was smitten! 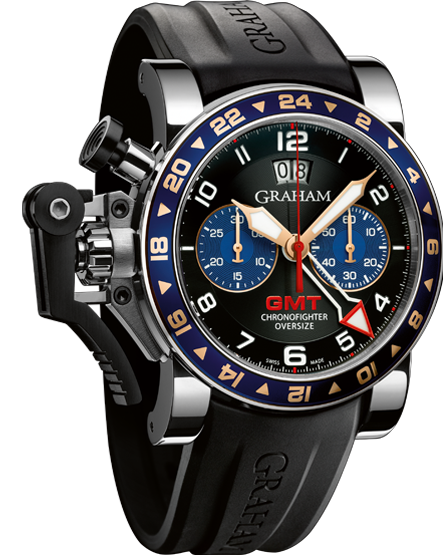 Graham is a British manufacturer of haute horology, deriving its name from the  famed clockmaker George Graham. The company manufactures mostly in Switzerland and uses a combination of bespoke movements as well as some modified ETA pieces.

The trigger stops and starts the chronograph while at the same time protecting the crown. The case as mentioned,  is 47mm in diameter and the watch is quite thick, with a signed, solid case back. It is water resistant to 100 metres, but despite the rubber strap I would not consider this a swim watch.

On my wrist, with the rubber strap, the watch is surprisingly light and the trigger on the side while perhaps being an acquired taste was surprisingly very comfortable for me.

It has been said often that Graham is a polarizing watch company that jumped into the big watch trend with indecent haste.  True perhaps, but boy what fun it is to wear this watch. I use the word “boy” deliberately, because it brings the boy out in you. I was a kid again, knocking on my mate’s door to see if he was playing out. A fully loaded Johnny Seven gun in my right hand and my Chronofighter on my left wrist! The piece is bold and very eye-catching loaded with British pedigree and “tool” like manliness but they come with a manly price too well on the wrong side of £7000.

Would I though in all honesty recommend this watch, with its big and brash styling and its loud and proud approach to life and its frankly garish demeanour?  You bet your life I would, the Chronofighter GMT  is a huge watch for people who like huge watches and, for the money, I haven’t seen anything  that can beat it in terms of impact, usabilty, and utter boysiness!. 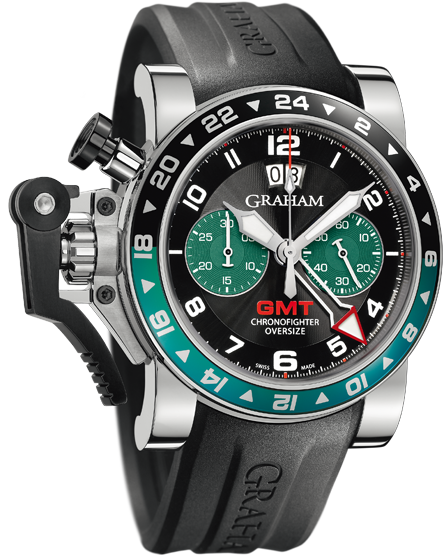 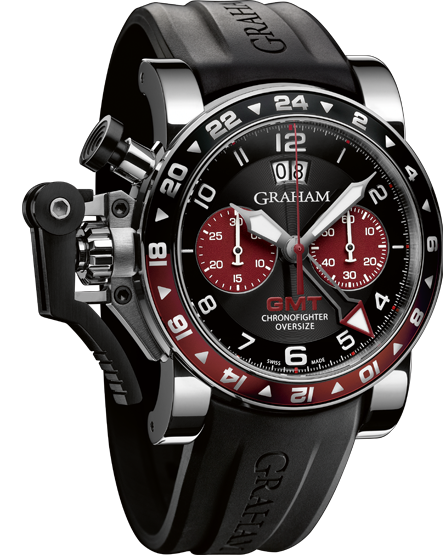 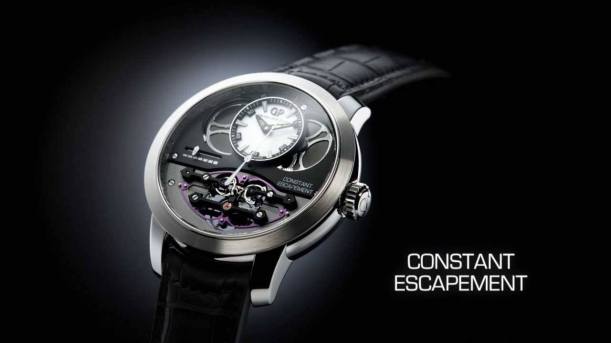 The Aiguille d’Or for 2013 went to Girard-Perregaux for their Constant Escapement and the fresh wave of publicity on the back of this award back in november, has brought this to my attention. It is simply fascinating to see the workings of this watch, so I hope you enjoy this video from this marvellous watch maker. END_OF_DOCUMENT_TOKEN_TO_BE_REPLACED Here at Beastie Folly we are big fans of Frédérique Constant and the Slimline range is a very elegant family from the manufacture. These watches first caught our eyes with the Moonphase collection and these just continue where they left off, but take it up a few notches more. Ah if only money grew on trees.

Anyway, here is the official Frédérique Constant take on these new models. END_OF_DOCUMENT_TOKEN_TO_BE_REPLACED

The Measure of Time With the holidays looming, the potential for Christmas bonuses or just the need to add another watch to the stable, one recent find fills a lot of checkboxes on the “What to Buy” list…the Tissot Seastar PR 516 GL. Let’s take a look at that list, in a nutshell. It’s made in Switzerland by none other than the Swatch Group. On the price scale, it falls into the “affordable” range for most watch lovers, well under $1000.00 USD. It offers a lot of value for the money too, both in the features that come standard on it and the quality of construction. It also has history, being a reissue of a model Tissot produced for a number of years. Finally, it has a retro-cool look that harkens back to one of the more interesting periods in our history. This review will cover each of these facets in more detail.

iBeastie World - Main Site and Blogs on The Go